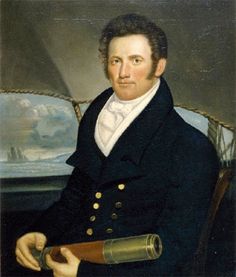 “If only they had known…” would probably be a more suitable title for any Fenstanton parish reference to John Howland.

No doubt many Americans who stumble across this page or visit Fenstanton in search of their ancestor’s birthplace will be greatly disappointed that there is little evidence or acknowledgement of his existence other than recent memorials in the Parish Church after visits from the Pilgrim John Howland Society.

The simple explanation is that John Howland would have been just an ordinary member of the quite small community. Given the penalties for non-Conformity at the time, it would be likely that his religious views were only shared very secretly with like-minded and very close friends.

In order to appreciate why there is a lamentable dearth of information one must consider the state of England around 1600.

The State had very strict Religious Laws that dictated it was unlawful to pursue religious affiliation with any church other than the  Government approved institution . Anyone who was a non-Conformist would be punished by imprisonment or worse. [See the account of Tobias Hardmeat]

It wasn’t until 1689 that the Act of Toleration was passed allowing Dissenters to follow alternative religious beliefs.

The Church  thrived on the suppression of the Ordinary Man to maintain order. The local Minister would be one of few educated individuals within a parish, together with the doctor, schoolmaster, Lord of the Manor etc. Members of the Lower Social Order were easy targets for the Minister’s intellectual skills and would be automatically respectful and totally compliant.

Very occasionally, certain independently inspired individuals would tire of the endlessly repetitive litany and attendance requirement of the established Church and would eventually look to creating their own group of like-minded individuals

John Howland was such a Separatist and broke away from the traditional Protestant church of the day.  Had it been common knowledge, John and his fellow independent worshipers would have been viewed as outcasts. Possibly his parents may well have suffered from criticism or even a degree of hostility from fellow parishioners – because ‘their son wasn’t conforming’.  Even to this day, it is a common trait for the less well-educated to somehow assume guilt by association. It is unlikely that there was much awareness amongst the parish for the sake of self-preservation

Little did those people know that John was about to join others and make a monumental passage across the World and join up with other like-minded Separatists who would go on to do very worthy work and achieve greatly in the New World.

There are several reasons there is little left of the Fenstanton that John knew, nor any evidence of his residency.

Entries in the Parish Registers are minimal. In the church is a tablet on the wall in the North aisle commemorating the burial of John’s father Henry Howland;

Erected by the Pilgrim John Howland Society 17th May 1966”

Little is left standing in the Fenstanton that John grew up in, other than parts of the Parish Church  and a few scattered cottages and houses from the time.

Interestingly, it is only in relatively recent times that the parish has become aware of the man who left Fenstanton to bravely journey to the New World.