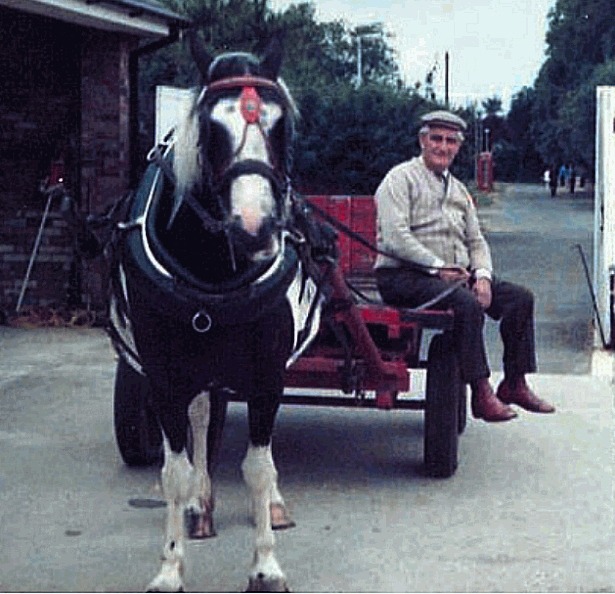 Mr William John Barnett, Fenstanton’s well known horse and general dealer, died peacefully at Hinchingbrooke Hospital on Saturday 11th April surrounded by his family and friends. Mr Barnett was known all over the country and more particularly in neighbouring towns where he was always to be seen at weekly cattle markets. Buying and selling horses, cattle and poultry.

When war began, Mr Barnett was ﬁrst to leave Fenstanton and the last to return. He was in the Royal Buffs and Royal Fusiliers and spent his time in Italy and Egypt. When he returned he followed in his fathers footsteps and became a general dealer.

Although he was a general dealer, and loved all animals, horses were his favourites, from the days he toured the countryside with a pony and cart. Mr Barnett was a witty character and could tell many a tale of his exploits over the years, always enjoying a joke, but at the same time was a much respected man who observed the old-fashioned code of ethics on business all his life.

Although he loved horses, he was never a betting man; if asked what horse he fancied in a race he would reply, “hold fast, hold fast to your money, its a dead cert” He would add with a twinkle in his eye that the only horses he backed went into his red lorry.