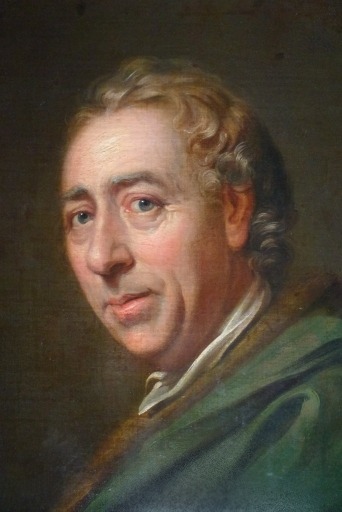 His relationship with Fenstanton came in later years when he acquired land and title of Lord of the Manor from the Earl of Northampton.

Much is chronicled about Brown and his extensive works elsewhere and useful places to visit are capabilitybrown.org and Wikipedia

There is a degree of controversy as to whether he occupied the Manor House in Fenstanton because of his untimely death.

In early February 1783, he had returned to London from Suffolk to stay with his daughter Bridget and her husband, Henry Holland, in Hertford Street. On the morning of 6th February 1783,  Brown was returning to his daughter’s house after visiting Lord Coventry in Piccadilly. As  he reached the Hollands’ front door he had what was believed to have been a severe heart attack; he fell heavily to the ground, and within a few minutes of being taken into the house he died. [ See obituary ]

It does appear that he and his wife Bridget intended to use the Manor House as their country retreat whilst retaining a presence in the capital. It was whilst at Stowe that Brown branched out and was allowed to take on private clients whilst still being under the employment of Lord Cobham.

His nickname “Capability”, though never used during his lifetime, came from the convincing of his clients of the “capabilities” of their gardens – achieved, of course, only with his help.

Capability left Stowe to set up his own gardening practice based in London. He became incredibly sought after and it is alleged that he was responsible for some 170 gardens surrounding the finest country houses and estates in Britain. He reputedly refused work in Ireland because he had not finished England!

His obituary indicates the high esteem in which he was held but not everyone appreciated  Capability’s work;  the English poet and satirical author, Richard Owen Cambridge stated that he hoped to die before Brown so that he could “see heaven before it was ‘improved“‘